> Renewable insights > In the media > Australia can be a world leader in solar, if it wants to be 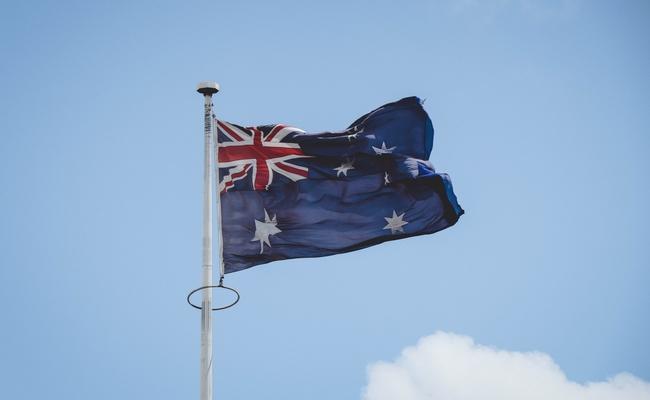 Australia can be a world leader in solar, if it wants to be

In the global picture, Australia is behind on solar energy. We are the fourth-highest producer of coal energy in the world and coal accounts for about 70% of Australian energy production.

John Martin, the CEO of New Energy Solar, says the global shift to more renewable energy is inevitable. Coal plants will reach the end of their life cycles over the next 10 to 15 years and will be replaced by more cost-effective renewable generation. He says it’s the way we make that transition that’s really important.

It is not just investors such as New Energy Solar saying the transition is inevitable. The Federal Government’s own authority - the Australian Energy Market Operator, or AEMO - assumes a very significant transition to renewables will occur over the next two decades. AEMO’s most recent system planning document shows that even under its “neutral” scenario, renewables are anticipated to represent 60% of electricity generation by 2040, while coal’s share falls to 20%.

“Currently, we are banking on the market figuring out the transition path by itself, which it will eventually,” Martin says.

“It’s just going to be a wild ride if we leave it wholly up to the market, and it needs some guiding principles if we also want to support resource communities and foster the opportunities provided by the transition.”

Martin points to the need for policy that balances the trilemma of being affordable, reliable and sustainable. Without a clear plan and support from policymakers, the shift will happen without support - and the results could be disastrous.

“What I worry about is, if we keep going the way we’re going, the problems we’ve seen in South Australia will actually be seen across the whole grid: high prices, vulnerable infrastructure and more blackouts. If we don’t prepare, the system’s going to become more expensive and more unstable.”

"An influx of new renewable generation places downward pressure on electricity prices, particularly in the middle of the day..."

Australia’s economy relies on the global appetite for coal. We supply about a fifth of the global steam coal trade, but the markets to which we export are changing. Some of our most valuable customers are investing heavily in renewable energy, with China meeting its carbon target ahead of time. The demand for coal is anticipated to stagnate and then decline gradually - a contrast to the past 20 years, when coal has accounted for the highest proportion of energy growth.

If coal suddenly disappears, Martin proposes, electricity prices could go through the roof. “Managing these withdrawals is imperative. The rest of the world is making the transition, so it is not as if we can hold it up.”

Transitioning away from coal, at an appropriate pace and smoothly, is our biggest challenge. Martin notes that some Australian energy companies have a vested interest in keeping the plants running as long as they can: they own assets that generate energy from fossil fuels.

“For the incumbent energy companies, it’s in their interests to make that transition as drawn out as possible, even if that is not in the best interests of other sectors of the community,” he says.

Another feature of electricity supply that requires consideration and planning is the adaptation of our poles and wires infrastructure. The transmission networks were not built for renewables, which have different generation patterns and can be numerous and widely distributed, particularly in the case of household solar. Adapting transmission and distribution is a substantive expense and portions of the network may become redundant as the sources and locations of generation change.

“You start winding back coal-fired generation, and the value of the transmission built to specifically service it declines,” Martin explains. “The companies that own those assets say, we’re going to lose money on the existing networks, and now you want me to pay to upgrade or build new infrastructure?”

The transmission companies call this a “stranded asset problem” - obsolete infrastructure that will have to be replaced. The problem is, who pays for those new assets?

This is why guidelines and regulatory signals for new investment are so important, Martin says. However, understanding the path away from fossil fuel generation could give investors confidence to invest in infrastructure, and give consumers confidence to contract and buy power.

Martin says not only is the transition important, but looking towards new opportunities is essential if Australia wants to maintain its standards of living in the new energy era.

Positioning the economy to hold a leading role in developing renewable energy output as well as the associated technologies could very well underpin future economic growth.

A report published in January by a commission established by the International Renewable Energy Agency (IRENA) argues that the geopolitical and socio-economic consequences of the rapid growth of renewable energy could be as profound as those that resulted from the shift from biomass to fossil fuels two centuries ago, and that new powers, trade patterns and alliances will result.

“The renewables revolution enhances the global leadership of China, reduces the influence of fossil fuel exporters, and brings energy independence to countries around the world,” said Ólafur Grímsson, former president of Iceland and chair of IRENA’s commission, at the launch of the report. “The transformation of energy brings big power shifts.”

The report highlights the leadership position already established by China, now the world’s largest producer, exporter and installer of solar panels, wind turbines, batteries and electric vehicles. Interestingly, China is also laying the groundwork for leadership in the underlying technology. While only indicative, China holds more than 150,000 renewable energy patents as of 2016. Not all will have value, of course, but this volume comprises 29% of all renewable energy patents.

Speaking of the opportunities and challenges presented by changes in the energy sector, former IRENA director-general Adnan Amin was quoted by Forbes as saying: “The benefits will outweigh the challenges, but only if the right policies and strategies are in place. It is imperative for leaders and policy makers to anticipate these changes, and be able to manage and navigate the new geopolitical environment.”

Echoing these sentiments, Martin says: “It’s a question of, are we going to get in there and make it happen so that we’re ahead of the curve, or are we going to remain behind the eight ball?

“Within the industry, planning is underway - from the regulators to the operators and market participants. Even the largest energy and resource companies are planning for changing demand as a result of the energy transition. What we need now is honest public debate and preparation.”