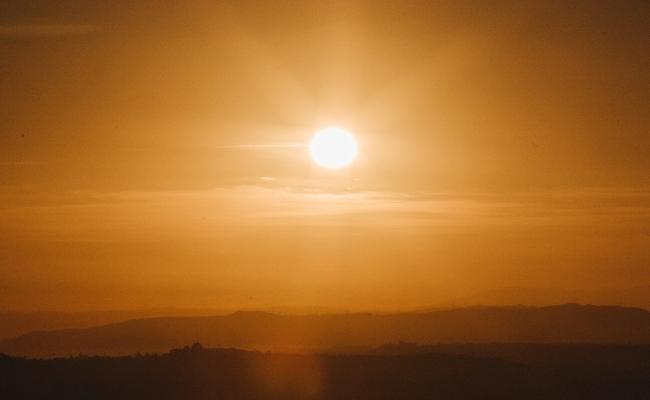 Australia has an abundance of sun. So what’s stopping us taking up utility-scale solar, a market that is booming in the US?

Gary Cohn, former head of President Trump’s National Economic Council, says he “vividly” remembers having a conversation in the administration comparing the number of solar-panel installer jobs with the comparatively few coal-mining jobs. In an interview with the Freakonomics podcast, he says solar is “an industry that’s going to continue to grow, and we have to recognise where this country is going, not where this country has been”.

The US is not perfectly coherent in its approach to renewables - in 2018, Trump slapped a 30% tariff on imported solar cells and modules - but New Energy Solar CEO John Martin says it’s well ahead of Australia. “I come back to Australia,” he says, “and it’s a peculiar little bubble we’re in here.”

Unlike in Australia, the solar energy the US generates is supported by a series of small, grid-connected devices supplying local power, as well as utility-scale solar power plants. In terms of solar gigawatt hour output, globally the US is second only to China.

Its commitment to solar is explicit and formalised. “Where we have a centralised electricity market controlled at a federal level,” Martin says, “in the US, the individual states are really in control and, on the whole, they have implemented energy regime change.”

Forty-two states and territories have either renewable portfolio standards or renewable energy goals and the growth is paying dividends. In 2016, 373,000 people were employed in solar, compared to only 86,000 in coal.

So, why isn’t Australia keeping pace with the change?

We have some of the world’s best conditions for solar energy generation: a dry climate and high levels of solar radiation. Every year, we’re hit with more than 58 million petajoules of solar radiation - about 10,000 times more than our total energy generation output. But Martin says a complicated relationship with coal and emotive political rhetoric mean we’re not doing as much as we could.

The federal government’s position on energy policy has changed many times over. According to Martin, confused messaging and short-term fiscal support for renewable energy does not bode well for improving our power infrastructure and achieving meaningful change.

“In the absence of a clear federal approach, the states are forging their own paths and this will have its own challenges,” he says. “With the exception of WA, all states and territories have committed to renewable energy targets and/or zero emission targets. Some of the states are far greener than the federal government.”

He adds that in his opinion, consumers and corporations “get it”, but the federal government doesn’t, and its approach to the regulatory environment is highly changeable. “There’s this endless debate about what we should be doing, if anything,” Martin says. “It has cost many politicians, and prospective politicians, their jobs. It’s become almost a taboo topic.

“Speaking as an investor, the political climate is very influential. In Europe, when I broach investing in renewable energy projects in Australia, they generally say ‘no, it’s a political basket case - we don’t know what the policy is now and we certainly don’t know what it’s going to be longer term’. They’ve all seen the photo of Scott Morrison holding up the lump of coal in parliament. It’s an image that colours their whole perception of this market.”

In the US, at a federal level, the market has benefitted from the Obama legacy, Martin says. “There was this green energy boom that started under the previous administration and it has kept coming. There was a top-down driver and Trump has largely not sought to change that.” Solar energy generation is largely supported by government policy and driven by big corporations. Commercially, these conditions have resulted in a market that is conducive to long-term power purchase agreements that have, in turn, facilitated investment in new energy infrastructure.

Martin says that in Australia, green energy has typically been characterised as a “left-wing” issue driven by environmental concerns, while in the US, even the most staunchly conservative states are adopting solar power.

“Whenever we do a ribbon-cutting ceremony to open one of our plants, we can’t hold the Republican senators back,” he says. “They always make a very nice speech, and they don’t talk about global warming and the green agenda much, because it’s all about jobs and lower electricity costs. They just see it as an advance in technology.”

Here, debate is positioned as fossil fuels versus climate change. Given we contribute a low figure to global emissions – 1.3% in 2017, compared to the US’s 12.9% – it is easy to argue that the impact of change in Australia would be insignificant. From this point, the debate struggles to progress to a discussion about economic considerations and opportunities.

Over time this will change, particularly as bodies such as the CSIRO come out with reports such as its recently released Australian National Outlook 2019, arguing that Australia could achieve net-zero emissions by 2050 while reducing household spend on electricity (relative to incomes) by up to 64%. Importantly, the report’s modelling shows this could be achieved without significant impact on economic growth.

In the meantime, as Martin highlights, our relationship with coal is complex. Australia is the second-largest exporter of thermal coal in the world. Of course, mining communities, energy companies and investors are reluctant to contemplate change. In addition, the major energy retailers have vested interests to protect, Martin says, in running some of the country’s largest coal-fired power stations. “They want to keep those stations running as long as possible to maximise their economic return.”

More than 80% of electricity is generated from fossil fuels. Increasing solar use means reducing our reliance on coal, and in Australia, that means eventually dismantling a whole industry. Communities would need to be supported through job loss, displacement and disruption. But there are also opportunities. Martin says some of the jobs are transferrable between industries, something he has already seen happen in the US.

“Renewables are very labour-intensive in the construction phase,” he says. “There’s potentially two decades of development work in renewables here, so two decades of jobs. Our Beryl solar farm near Mudgee has just commenced commercial operations and, at the peak of construction, we had 500 people on site. Many of those people came from nearby coalmines.”

In Australia’s narrowly focused economy, mining companies and wealthy resource company founders and investors figure large in the debate. A more diverse business base in the US has seen capital and attitudes more readily change direction. In 2018, Larry Fink, CEO of BlackRock, which manages more than $6tn in assets, wrote to Fortune 500 executives to say he would no longer be recommending companies that weren’t doing social good. This focus on environment, social and governance issues will be the biggest challenge for the major mining houses over the coming decade, says Evy Hambro, chief investment officer in the BlackRock natural resources equity team. The implications of investors’ changing focus are evident in the Norwegian sovereign wealth fund’s increasingly strong stance against oil and gas stocks and in Rio Tinto’s four-step, US$7.68bn retreat from the coal sector.

“We have always been the lucky country,” Martin says. “We have all these resources in the ground we can dig up and sell. But in the not too distant future, fossil fuel markets are going to slow down. The peak in global coal demand, or ‘peak coal’, is not far away. As with any industry disruption we need to be prepared for the technological changes that will foster an electricity system powered largely by renewables. We also need to be in a position to give people hope about where income and employment will come from in the future.”

The market will move forward, Martin concludes, with or without us. “The glory days of coal will not last forever.”