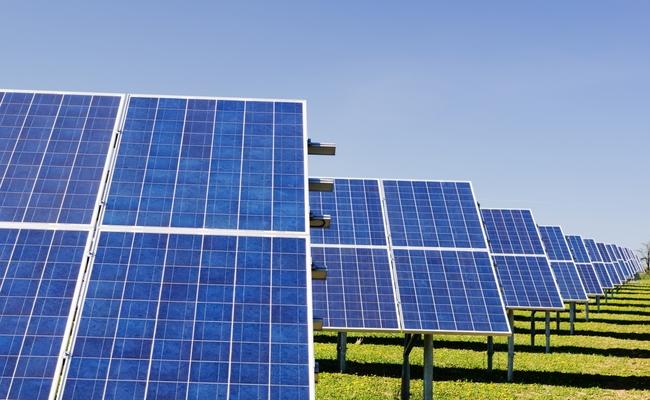 Behind the often rancorous and emotive public debate as to whether Australia can or should take up or support the rollout of renewable energy technologies, the Australian Energy Market Operator (AEMO) manages the day-to-day operations of an electricity system that is changing rapidly and seemingly without guideposts.

AEMO is charged with ensuring that the components of Australia’s electricity system work in concert to provide reliable and secure power to businesses and households. It is monitoring an ageing fleet of thermal generators, many of which have known retirement dates1, the uptake of renewable generation by households at a pace that is setting global records, and the development of utility-scale renewable generation in all corners of the grid, parts with adequate system strength and parts without.

In April this year AEMO released a report on the first stage of its planning to manage Australia’s transitioning electricity system2. The report, AEMO’s Renewable Integration Study, is based on assumptions contained in its most recent Integrated System Plan (ISP)3 as to the likely future penetration of renewable energy. The ISP contemplates five plausible future scenarios, including its “Central” case, that span differing rates of change in technology development, renewable and distributed generation, decarbonisation policies, and the electrification of other sectors such as transport. AEMO’s aim is to prepare for a future that maximises consumer benefits at the lowest system cost, while meeting reliability, security, and emissions expectations.

The conclusion of AEMO is starkly at-odds with some of the debate on energy in Australia, particularly regarding the effect of very high levels of instantaneous renewable generation on the system, something opponents of renewable energy have used as a key pillar of their arguments supporting thermal generation:

Much of the energy debate in Australia is positioned as if Australia is facing a future choice to integrate new renewable technology or not. However, what is clear in AEMO publications is that, on the ground, the transition is already underway. As this latest study points out, the National Electricity Market (NEM) which covers New South Wales, the ACT, Queensland, South Australia, Victoria and Tasmania “already has 17 gigawatts (GW) of wind and solar capacity installed”, in the context of total underlying demand that ranges from 16 to 35 GW. “Parts of the NEM have among the world’s highest levels of wind and solar, including one of the highest levels of residential solar PV.”

AEMO’s “Central” or base scenario assumes that wind and solar will contribute 27 GW by 2025. Accordingly, this latest report is a technical analysis to determine the system’s security limits at higher levels of renewable generation and the measures that would enable AEMO to better manage an increasingly distributed and diverse electricity system. The report concludes that higher levels of wind and solar mean higher levels of instantaneous generation that are pushing the electricity system to its minimum operating limits. The operator can deliver a consistent and secure electricity supply in the new circumstances but needs support, collaboration and policy changes to provide it with new tools and operating procedures to ensure the NEM has the requisite system strength and frequency and inertia services.

Figure 4. from AEMO’s Renewable Integration Study – Installed wind and solar capacity in the NEM for 2019, with 2025 and 2040 forecasts from the Draft 2020 ISP Central and Step Change generation builds The study is primarily focused on the NEM (report states that the approaches are assumed to be adopted into Western Australia’s South West Interconnected System) and does not account for the conditions precipitated by COVID-19.

An example of one of the key issues examined in the report is the very enthusiastic growth of domestic solar installations. Until recently, power flowed in one direction from large-scale controllable generators, that AEMO could communicate with and direct, to households. AEMO’s systems and directions enabled it to not only ensure that electricity supply was meeting demand, but also to ensure that the operating parameters of the whole NEM system, such as system strength, inertia, and frequency were also met.

Today, power flows to households as it always has, but for households that are generators, it also now flows back into the distribution network to other customers. Further, the technical standards for household systems are not as stringent as for utility-scale systems and as a result, neither the distribution network service providers nor AEMO have visibility of or any ability to control household solar installations, even under emergency conditions. In the initial stages of the energy transition, this was not a significant development, for example in 2010 there were fewer than 100,000 small scale solar systems. Today however, there are over 2.2 million systems4 representing in aggregate 9 GW of generation capacity. This is larger than the largest scheduled generator in the NEM and it is expected to increase to 12 GW by 2025 in AEMO’s Central case. In 2019, South Australia operated for a period where 64% of the region’s demand was supplied by small-scale or domestic solar systems. Given not only the increasing aggregate size of household solar, but the increasing dependence of some regions on this source of electricity, AEMO would ideally like to see better integration of this form of generation so that it can be managed as an active component of the electricity system.

In addition to the growth in household solar, AEMO’s report identifies and describes other changes occurring in the electricity sphere and their impact on the operation of the NEM, and also sets out the measures with respect to technical standards, operating practices, tools, training, monitoring, collaboration, operating parameters etc. that would enable it to overcome or manage the challenges presented by these changes.

The report also examines electricity market design and regulation and highlights the shortcomings of the current “energy-only” market, that governs the dispatch and pricing of electricity in the NEM. The evolution of energy technology requires system services, such as inertia, system strength, synchronicity, operating reserves and flexibility, which AEMO believes would be better remunerated and managed in an “ahead” market. A market that can establish and remunerate these services ahead of demand is often termed a “capacity” market. Globally, many electricity markets have transitioned from “energy-only” markets to “capacity and energy” markets. For example, some form of capacity market has been implemented in Finland, Greece, Ireland and Northern Ireland, Italy, Portugal, Spain, Sweden, Belgium, Denmark, France, Germany, Great Britain and parts of the US. AEMO’s Renewable Integration Study notes that, concurrently with AEMO’s planning, the Energy Security Board (ESB) is running a process to review the “energy-only” market design to determine if it best suits the changing energy environment and that the ESB will recommend a new high-level design to the COAG Energy Council by the end of 2020 for implementation by 2025.

In many areas Australia is at the forefront of changes in energy technology and the NEM is providing a valuable case study globally for the management of transition issues. An area where Australia has unique insight is system strength. Australia’s NEM grid infrastructure is unusually long, reaching from North Queensland to Tasmania and South Australia and, in places, insubstantial, servicing small and dispersed population centres. New renewable generation is located in favourable solar or wind areas and attempting to feed into the grid at points that have not traditionally hosted generation. Unlike the grid strength around the Hunter Valley in NSW or the La Trobe Valley in Victoria, the outer reaches of the system are not serviced by strong transmission infrastructure. These problems are well-documented in media reports of connection delays and difficulties faced by utility-scale renewable generation located in areas such as north-western Victoria and North Queensland. The planning being undertaken by AEMO and Australia’s ability to adapt its electricity grids to manage the integration of generation in weaker parts of the grid will be instructive for other electricity markets taking up emerging energy technologies.

Despite the improvements required in the NEM, AEMO is confident that the means it has identified in this report will both maintain the security of Australia’s electricity systems and maximise the potential of wind and solar in the NEM. This report is described as an “action plan” to support the secure transition of Australia’s electricity systems to new operating configurations for a new energy era.