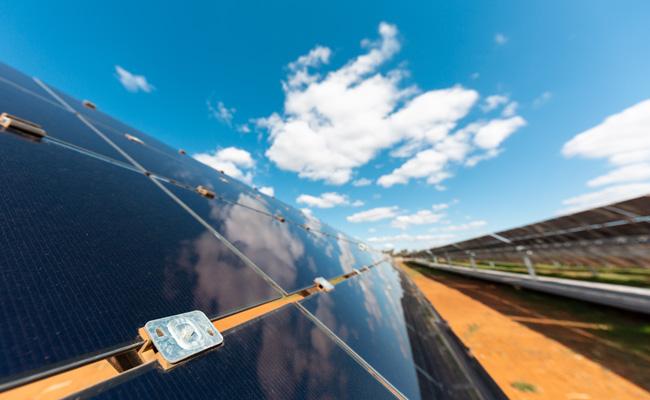 Sunshine and solar tariffs - the industry six months on

While the solar tariffs announced in the United States may have sparked concern across the wider industry, the US solar market still shows signs of growth as the global transition towards renewable energy continues its course.

In January, the Trump administration approved recommendations to impose a four-year tariff on imported solar cells and modules that will begin at 30% and decrease by 5% every year thereafter, with the first 2.5 gigawatts (GW) of solar cells exempt each year.1 Fortunately, the result was less impactful than original market forecasts2 and more favourable when compared to initial proposals.3 Nonetheless, reactions were mixed at the time of the announcement. Some initial expectations as to the potential implications of the tariffs included the loss of thousands of jobs,4 the fuelling of the trade war between the US and China,5 as well as a decrease in solar installations around the country.6

However, even with tariffs in place, GTM Research still expected effects to be somewhat muted in 2018 due largely to existing committed projects and those currently in construction.7 The research team also estimated the deployment of some 10 GW of solar installations across the US in 2018 and 11.9 GW in 2019, followed by continuous growth through to 2022 – albeit at a slower pace than initially projected.8 Meanwhile, Macquarie also projected growth in line with earlier forecasts, with solar demand in the US expected to grow 12 GW in 2018 to 20 GW in 2020, effectively adding 47 GW of installed solar PV to the existing installed base of 50 GW.9 And on the world stage, research findings suggest the solar market could grow to become an up to 200 GW market by 2022.10

Despite falling 37% on a quarter-over-quarter basis, the US solar market grew 13% year-over-year,11 showing resiliency in the face of the tariffs. Some 2.5 GW of solar PV capacity was installed across the US in the first quarter of 2018, reaching 55.9 GW of total capacity and producing enough electricity to power 10.7 million homes.12 And according to the Solar Energy Industries Association (SEIA), 55% of all new electric generating capacity came from solar, representing the second consecutive quarter where solar accounted for the largest share of new capacity additions.13 In fact, total installed PV capacity is expected to more than double over the next five years and by 2023, some 14 GW of capacity will be installed annually.14

Around the country, California recently became the first state to require all new homes have solar power, as state law now requires at least half of all electricity to come from noncarbon-producing sources by 2030.15 Elsewhere, emerging state markets such as Nevada and Florida continue to grow, with Florida – the sunshine state – joining the ranks of the top five markets for quarterly installations during the first quarter, a trend SEIA believes may continue in the future.16 Meanwhile, solar energy continues to gain prevalence in Nebraska, as a number of cities and towns across the US take advantage of the Nebraska Public Lower District’s SunWise Community Solar Program – an initiative that aims to help residents in cities and villages adopt and use solar power.17 The program has helped launch a number of solar farms in surrounding areas as well as incite interest in other cities to get involved.18

Although the full impact of the solar tariff is yet to be seen, projected growth for the US and around the world still suggests a future for solar that looks bright. More importantly, the tariff should have no impact on any of New Energy Solar’s existing, operational or committed projects.

John joined New Energy Solar as Managing Director and CEO in May 2017. He brings a wealth of experience and capability to the role after more than two decades of experience in corporate advisory and investment banking, with a focus on the infrastructure, energy and utility sectors.